For this, the second in the Tuning Up series here on ritaLOVEStoWRITE, I’m presenting CLOUDS by Zach Sobiech. 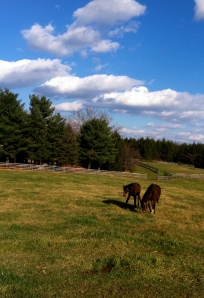 Sobiech was diagnosed with osteosarcoma, a rare form of bone cancer, at the age of 14. After 10 surgeries and 20 rounds of chemo it became apparent that the end game was at hand. His mother, Laura, asked him to write farewell letters to the people who were important to him. He found that difficult, but he was able to write music. He penned CLOUDS.

The song was recorded and released on YouTube where it has been seen by 11.8 million viewers.

Here’s the original with Sobiech on vocals and acoustic guitar. The session was produced by Karl Demer and engineered by Merritt Benton. With John Lynn on piano, Zach Miller on drums, Sean O’Hea on bass and Matt Vannelli electric guitar

The song reached #1 on iTunes and charted on the Billboard Hot 100.

After his death a local radio station held a tribute concert with 5000 people — a mix of school choirs, church choirs, and fans — singing the song at the Mall of America.

Sobiech’s hope in releasing the song was to promote awareness of Osteosarcoma and help others with the disease. His family established The Zach Sobiech Osteosarcoma Fund at Children’s Cancer Research Fund.

The sheet music is available here for free. (click on the image at the bottom of the link for a pdf download). A request for a donation to the Zach Sobiech Osteosarcoma Fund is recommended.

I’ve done this song with several of my voice students. I love the message of the song and that it lets us, as performers, look beyond ourselves to a greater need.

Here is my Monday Night Trio, (Ellie, Meg and Emily) singing the song… (It is a little quiet) 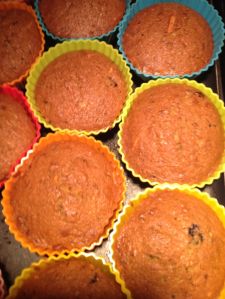 This recipe is similar to the Zucchini Double Berry recipe I posted in July of 2013. But if you click HERE you’ll see this is quiet the different recipe.

Batter in the extra-large muffin cups, ready to go into the oven.

My tester Bill called these “really delicious” and gave them his stamp of approval. They are sweet, as one would expect from a muffin with that much sugar and fruit. I think they will keep and travel well because they seem to be firm and not too moist.

Give them a try. I think you will be pleased.

“You know how to whistle, don’t you, Steve? You just put your lips together and blow.”

She grew up in a middle class family. Her father, William Perske, was a salesman and her mother, Natalie Weinstein-Bacal Perske, was a secretary. Betty’s father, an alcoholic, left when she was six. Her mother changed their last name to Bacall. (The Romanian form of her mother’s maiden name.)

Bacall loved to dance but was smitten by the acting bug too. She studied at the American Academy of Dramatic Arts in New York. And got some work in off-Broadway productions. She had her first paid acting gig in Johnny 2×4 it was a walk on role, she was 17. She ushered at theatres to make money. She also…