A Year (plus) of READING Dangerously: #49 One Flew Over the Cuckoos Nest

Ken Keesley’s One Flew Over the Cuckoo’s Nest, #49 on the ALA’s Most Banned and Challenged Books from 2000-2010 sucks you right into another world and keeps you there, straight-jacketed by the prose and the action of non action, until the very last page. And then, days and weeks and months after shutting the book you still find yourself thinking about it… and wondering why the heck you haven’t written your Year of READING Dangerously entry for it. 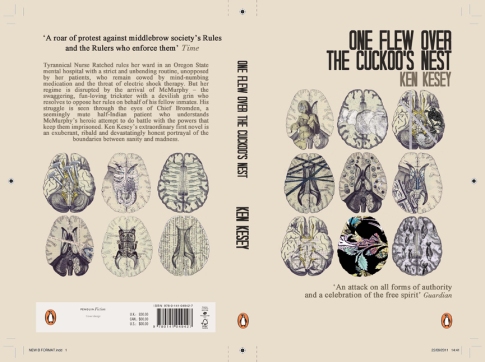 For the record I really, really liked this novel. I really liked the movie too — I think it is Jack Nicholson‘s best work —  but in the book, which I read long after seeing the movie, we get much more information on the minor characters and generally more to think about. The thing I liked the most about the book was the P.O.V. perspective of Chief Broom, and that fact that as a mental patient he is a somewhat unreliable narrator. As much as Murphy is the protagonist (and what a protagonist he is!) the Chief is the main character. Murphy moves the plot, but the Chief is the one I found myself caring about.

As established previously, I’m not the banning kind… but IF I were the banning kind I’d probably find a LOT of fault here. Racial slurs abound. Offensive Language, Nudity, Sexism, Drugs, Alcohol, Smoking, hints of Homosexuality, and lots of Violence. 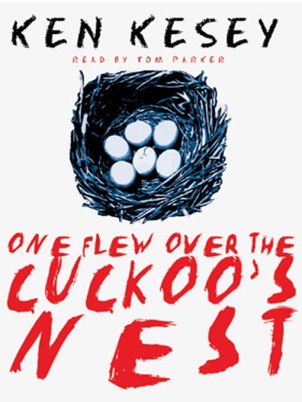 Besides the 1975 movie the book was also adapted into a stage play in 1963. That makes sense as almost all the action takes place in the ward. I’d love to see this on stage. It would work really well on both a big atrium stage and in a small in the round setting.

For more on this book check out:

Freelance writer, graphic designer, musician, foodie and Jane Austen enthusiast in Northern Baltimore County, Maryland. As a writer I enjoy both fiction and non fiction (food, travel and local interest stories.) As an advocate for the ARTS, one of my biggest passions is helping young people find a voice in all the performing arts. To that end it has been my honor to give one-on-one lessons to elementary, middle and high school students in graphic design and music. And as JANE-O I currently serve as the regional coordinator for JASNA Maryland and am working on a Regency/Federal cooking project. END_OF_DOCUMENT_TOKEN_TO_BE_REPLACED
This entry was posted on Saturday, January 16th, 2016 at 3:01 pm and tagged with Jack Nicholson, One Flew Over the Cuckcoos Nest and posted in A Year of READING Dangerously, Thought of the Day. You can follow any responses to this entry through the RSS 2.0 feed.
« A Year of Quotes, 1.15.16
A Year of Quotes, 1.17.16 »