BEST SHINING MOMENT: Hmmmm. Wearing “pants” to dinner? Learning how to bake from Daisy and Mrs. Patmore? Becoming a nurse during World War 1? She’s pretty awesome, it is tough to pick just one. 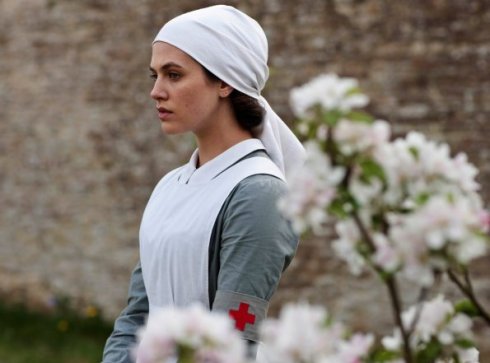 LEAST SHINING MOMENT: Heedlessly going to the political rally when Branson tries to warn her off. It’s a rash thing to do and both Branson and Matthew risk life and limb rescuing her. 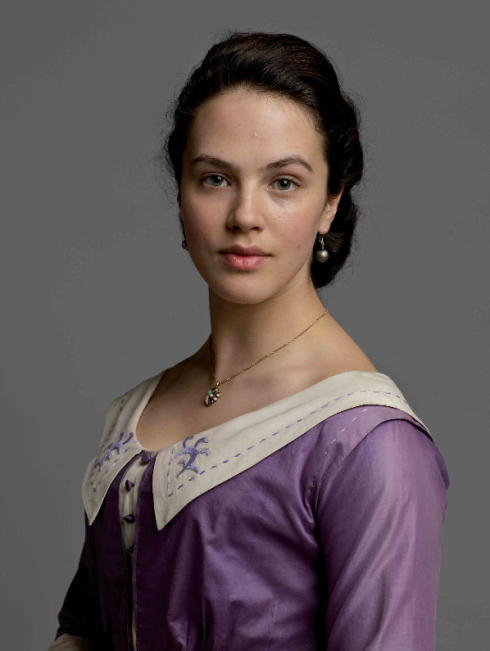 WHY I CHOSE SYBIL: Mostly I chose Sybil because my daughter suggested her. But I quickly came around to the idea. I really liked the character. She is played by the beautiful (and breathy) Jessica Brown Findlay. If you like Downton and can’t wait for the next season to begin I strong suggest the HBO mini series Parade’s End which set in the same period, touches on many of the same themes, benefits from better writing and stars Benedict Cumberbatch.

By ritalovestowrite
“I like the ephemeral thing about theatre, every performance is like a ghost – it’s there and then it’s gone.”
—Maggie Smith

Margaret Natalie Smith was born on this day in Ilford, London, England in 1934. She is 78 years old.
The daughter of a secretary and a public health pathologist, she has twin older brothers. When Smith was 4 the family moved to Oxford where her father took a position at Oxford University.
Upon graduating from high school,

Smith attended the Oxford Playhouse School in 1951-53. She made her professional stage début in 1952, playing Viola in an Oxford University Dramatics Society production of Shakespeare’s Twelfth Night. [Biography]

She worked on Broadway in a comedy review, New Faces of 1956. 1956 also saw her first film role, an uncredited part in Child in the House.  She did a number of guest spots on television shows  before she landed a larger role in 1959’s Nowhere to Go. (For which she won  the British Academy of Film and Television Arts “Most Promising Newcomer” award.)
Back home she worked with the National Theatre of Great Britain, and had her break out role as Desdemona opposite Laurence Olivier’s Othello in 1964. The duo “reprised their roles in a film version of Othello the following year.” [Ibid] The film earned Smith her first Oscar nomination

While at the National Theatre, she acted in classic dramas by major authors such as Henrik Ibsen and Anton Chekhov. [Ibid]

She played Beatrice to Robert Stephens’ Benedict in the 1967 television version of Much Ado About Nothing.
In June of 1967 Smith and Stephens married (’67 – ’74)  and had two sons, Chris Larken and Toby Stephens. Both of boys grew up to become actors.
The Prime of Miss Jean Brodie, the story of a headstrong Scottish school teacher, won her both an Oscar and a BAFTA award in 1969.  In 1978 she won her second Oscar, this time for Best Supporting Actress in California Suite.
By the mid ’80s  she was winning accolades (and awards) for more mature roles, like her turn as Charlotte Bartlett in A Room with a View, Mrs. Medlock in The Secret Garden, Lady Random inTea With Mussolini, and as the elitist Constance, Countess of Trentham in the wonderful Gosford Park.
In 1975 she married playwright and librettist Beverly Cross, who died 1998.
In 1990 she won a Tony Award for Best Lead Actress in Lettice and Lovage on Broadway.
While she donned a pointy hat and tartan accented witch robes for the role of Professor Minerva McGonagall in the Harry Potter series, she continued to perform in an eclectic mix of movies, television and stage shows in both England and the US.
She won an Emmy for My House in Umbria in 2003,   and two more as the Dowager Countess of Grantham, Cousin Violet Crawley in Downton Abbey.
On the big screen she recently won a Screen Actors Guild Award for her performance in The Best Exotic Marigold Hotel (2012).  You can also see her  Quartet with Michael Gabon and Billy Connolly.

In 1990 Smith was made a Dame commander of the Order of the British Empire.