Virginia Patterson Hensley was born on this day in Winchester, Virginia in 1932. It is the 80th anniversary of her birth.

At 4 she won a dance contest for tap dancing. Her mother gave her a piano for her 8th birthday and Patsy taught herself to play.  She sang with her church choir and at 14 was a regular on WINC Radio. At 15 her parents divorced and Patsy sang in clubs at night and worked in a drug store during the day to help pay the bills.

She married Gerald Cline in 1952 and continued to sing in clubs as well as with Bill Peer’s Melody Playboys in Maryland and as a regular on “Town and Country Jamboree” on a radio station out of Washington DC. She got a recording contract with Four Star Records in 1954 and she won first place on the TV variety show “Talent Scouts” with Arthur Godfrey where she sang “Walkin’ After Midnight.” The song became a hit and on both the country and pop charts.

Cline made her debut on the stage of the Grad Old Opry in 1960 and continued her rise to stardom with her second hit “I Fall to Pieces.” She is also known for her songs “Sweet Dreams,” “Crazy” and “She’s Got You.” 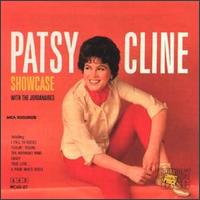 [This is one of the Patsy Cline albums that was in my parent’s record collection. Image courtesy: Decca Records]

She helped  the careers of other up and coming female singers, especially Loretta Lynn.

Cline died in a plane crash returning from a benefit concert in 1963.

In 1973 she was the first female soloist to be honored in the Country Music Hall of Fame. 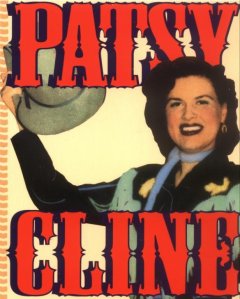 Freelance writer, graphic designer, musician, foodie and Jane Austen enthusiast in Northern Baltimore County, Maryland. As a writer I enjoy both fiction and non fiction (food, travel and local interest stories.) As an advocate for the ARTS, one of my biggest passions is helping young people find a voice in all the performing arts. To that end it has been my honor to give one-on-one lessons to elementary, middle and high school students in graphic design and music. And as JANE-O I currently serve as the regional coordinator for JASNA Maryland and am working on a Regency/Federal cooking project. END_OF_DOCUMENT_TOKEN_TO_BE_REPLACED
This entry was posted on Saturday, September 8th, 2012 at 5:39 pm and tagged with Patsy Cline and posted in Entertainment, Music, Patsy Cline, postaday, Thought of the Day, Today's Birthday, United States, Virginia. You can follow any responses to this entry through the RSS 2.0 feed.
« Thought of the Day 9.7.12 Elizabeth R.
Thought of the Day 9.9.12 “Colonel” Sanders »