John Phillip was born on this day in Aberdeen, Scotland in 1817. Today is the 196th anniversary of his birth.

His father was a former soldier and a shoe maker. The Phillip family was very poor. But John’s talents emerged when he was young and a patron made it possible for the boy to be educated at the Royal Academy of Arts in the Piccadilly area of London.

He was a member of The Clique, a group of artist started by Richard Dadd. The Clique eschewed high art in favor of genre painting (paintings of every day life).  The group, who were followers of Hogarth and Wilkie,  sketched a common subject and then critiqued each other’s work. 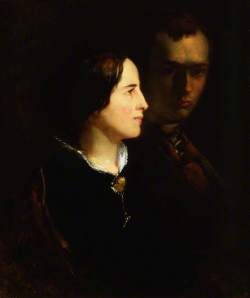 In 1857 he was made an associate of the Royal Academy, he earned full membership in 1859. 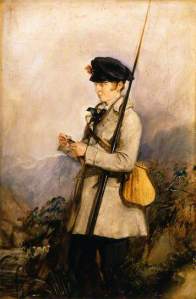 At first Phillip focused on scenes that idealized his Scottish past — simple, traditional, pious. In 1851 he took a trip to Spain for health reasons and shifted to painting shifted Spanish every day life. He made a total of three trips to Spain.

The Marriage of the Princess Royal (sketch) a painting commissioned by Queen Victoria to commemorate the marriage of her daughter. (Aberdeen Art Gallery) [bbc.co.uk]

Queen Victoria, a fan of Phillip’s work –“who considered him to be Britain’s greatest portrait painter and entrusted him to paint the Royal Family portraits.  [About Aberdeen.com]– dubbed him “Spanish Phillip.” 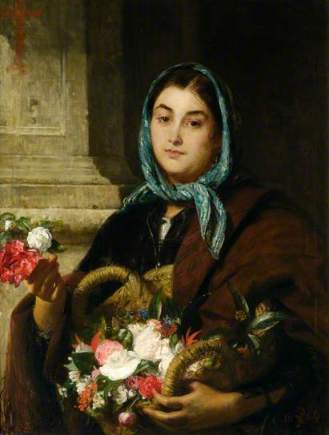 Phillip was an immensely competent artist, his work distinguished by a boldness of handling and a strong sense of colour and chiaroscuro which seem typically Scottish. Spain bought out these characteristics, and the resulting paintings are dazzling evocations of Spanish life at its most picturesque and exotic, delighting in dramatic contrasts of light and shade and brilliant local colour illuminated by strong sunlight. [Golden Age Paintings.blogspot]