Gabriela Mistral 4.7.13 Thought of the Day

“At this moment, by an undeserved stroke of fortune, I am the direct voice of the poets of my race and the indirect voice for the noble Spanish and Portuguese tongues.”–Gabriela Mistral Lucila Goday y Alcayaga was born one this day in Vicuña , Chile in 1889.

Daughter of a poet and school teacher, Juan Gerónimo Godoy Villanueva, and a seamstress, Petronila Alcayaga, she was raised in a small Andean village. The family lived in poverty, a situation that worsened when her father left when Lucila was three. She was close to her older sister, Emelina Molina, who was also her teacher.

Despite having only a few years of formal education, she became a teacher’s aide at 15 to help support her family. As a teacher she had a number of positions in rural Chilean towns. By 1912 she was teaching at the high school level. Her star as an educator continued to rise,  in 1921, she became the director of Santiago’s Liceo (high school) #6, the best girls’ school in Chile. She went on to help reform the Mexican education and library system.

A poet all her life…

“At age sixteen she moved to La Cantera to take a job and fell in love with a young railway worker. The relationship didn’t last and two years later the young man committed suicide. The only item found in his possession was a postcard from Mistral. This affected her deeply and she wrote Sonetas de la Muerte (Sonnets of Death) to express her feelings.” [Distinguished Women.com]

Lucila took the pen name Gabiela Mistral. Her poems reflected her experiences in life. When she “…was appointed director of a secondary school for girls located in rural Punta Arenas. The rough terrain of Punta Arenas became an inspiration for a series of poems entitled Patagonian Landscapes.“[ Ibid]

Her time in Mexican inspired   Readings for Women

“The dominant themes in her poetry were love, death, childhood, maternity, religion and the beauty of nature and of her native land. She also had a burning desire for justice.”[Ibid] At the time of her death in 1957, her poems had been translated into English, French, German, Swedish and Italian.

The treasure at the heart of the rose
is your own heart’s treasure.
Scatter it as the rose does:
your pain becomes hers to measure.

Scatter it in a song,
or in one great love’s desire.
Do not resist the rose
lest you burn in its fire.

Click HERE to go to Poem Hunter.com and read more of Mistral’s works. Elizabeth Bishop 2.8.13 Thought of the Day

“The whole shadow of Man is only as big as his hat.”–Elizabeth Bishop 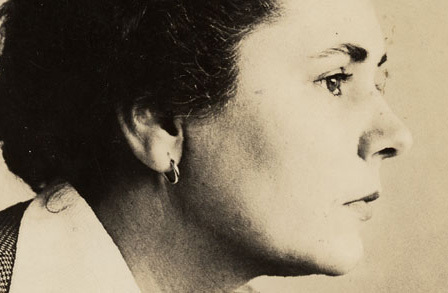 Elizabeth Bishop was born on this day in Worcester, Massachusetts, USA in 1911 .  Today is the 102nd anniversary of her birth.

She was an only child whose father died when she was 8 moths old. Her mother suffered a series of mental breakdowns and was “permanently committed to an institution when Elizabeth was only five years old.” [Poetry Foundation]

Bishop, who went to live with her maternal grandparents in Nova Scotia, never saw her mother again. After several years her paternal grandparents took her to live with them in Massachusetts. The Bishops were well to do  and could afford a first class education for the little girl. They sent her to “Walnut Hills School for Girls and to Vassar College.” [Ibid]

After graduating Vassar Bishop, who was independently wealthy traveled extensively in Europe and North Africa. She lived for four years in Key West Florida where she wrote of her travels.  In 1946 those poems were compiled into her first book, North and South.  (The book won a Pulitzer Prize.) In 1951 she received a traveling fellowship and decided to circumnavigate South America. She made it as far as Santo, Brazil. Her intended stay of 2 weeks lasted over fifteen years. Upon returning to the United States she lived in New York, San Francisco, and New England.

Her style “focuses … with great subtlety on her impressions of the physical world… Her images are precise and true to life, and they reflect her own sharp wit and moral sense.” [Poets.org] The New York Times Called Bishop “One of the most important American poets” of the 20th Century. Bishop wrote slowly and precisely. She didn’t write a huge volume of poems, but each was measured perfection.

Here is my favorite Bishop poem, The Map:

Land lies in water; it is shadowed green.
Shadows, or are they shallows, at its edges
showing the line of long sea-weeded ledges
where weeds hang to the simple blue from green.
Or does the land lean down to lift the sea from under,
drawing it unperturbed around itself?
Along the fine tan sandy shelf
is the land tugging at the sea from under?

The shadow of Newfoundland lies flat and still.
Labrador’s yellow, where the moony Eskimo
has oiled it. We can stroke these lovely bays,
under a glass as if they were expected to blossom,
or as if to provide a clean cage for invisible fish.
The names of seashore towns run out to sea,
the names of cities cross the neighboring mountains
-the printer here experiencing the same excitement
as when emotion too far exceeds its cause.
These peninsulas take the water between thumb and finger
like women feeling for the smoothness of yard-goods.

Mapped waters are more quiet than the land is,
lending the land their waves’ own conformation:
and Norway’s hare runs south in agitation,
profiles investigate the sea, where land is.
Are they assigned, or can the countries pick their colors?
-What suits the character or the native waters best.
Topography displays no favorites; North’s as near as West.
More delicate than the historians’ are the map-makers’ colors.

Other Bishop poems I highly recommend:

A Visit to St. Elizabeths

In The Waiting Room