My husband, Bill, gets credit for the concept of this story. We hatched out the bare bones on a family trip (which you’ll read about in a few days). 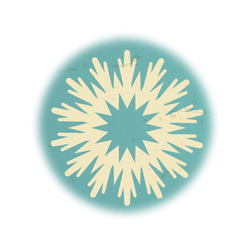 Top five questions I get asked on a regular basis…
5. What’s it like to live in the North Pole? == COLD, and a little lonely. But nice.
4. Is your beard real? == YES. Please do not pull it to see if I’m lying. I’m not, and pulling on it is both rude of you and painful for me.
3. Can reindeer really fly? == Only the reindeer who live with me can fly.
2. Do you and the Elves really make all the presents? == YEP. It takes us all year. But we work very hard and try to give something to every good girl and boy.
1. Have you always been Santa Claus? == Hmmm. Now that’s an interesting question.

Its a somewhat confusing concept for toddlers, and they are usually satisfied with wink, but for hundreds of years, I admit, I’ve been dodging the question.

It isn’t that I was sworn to secrecy exactly, but there WAS an assumption that one was not to tell of these things. …A sort of “what happens in Middle Earth STAYS in Middle Earth” kind of thing. But then SOME ONE must have spilled the beans to that Tolkien fellow and, although MY story didn’t get printed I feel like I’m at liberty to tell it now.

Hmmm… where to begin, where to begin? Have you read your Tolkien? Do you know about your Hobbitses and Orcs and Elves and Dwarves? You have? Good. Then you know about the War of the Ring and the Ring Bearer and the Fellowship? — Yeah, I wasn’t a part of all that. I was in the Nesterland of the North.

WAIT! Don’t go pulling out your Tolkien map to try and find Nesterland. Tolkien didn’t include that neck of the woods.  It wasn’t germane to his story. Alas, neither was I. Which is why you’ve probably never heard of Kringlelander the Red, or Nickdalf, or Santaron, or any of the other half-dozen names I went by back then.

So while Gandalf and Frodo and the rest were saving Middle Earth I was obliviously exploring the northern most boundaries and building friendships with the wild and wonderful folk that live up that way.

By the time I heard about the trouble in the south it was all over.

I made my way south as quickly as I could, but I was traveling by foot (some of us didn’t  have access to flying eagles) and it took me several years before I made it to Rivendell.

Before I hit the first waterfall an emissary from Elrond bid me to attend a meeting with the Lord of the City and the Lady Galadriel the next morning in the high council chambers.

Now I’m not much for mixing it up with the high and mighty mucky-mucks. — I’m more of sneak in, grab a plate of lembas bread cookies, get the lay of the land, sneak out, kind of guy. — So the thought of a royal audience made me more than a little nervous.

Word to the wise: if you ever find yourself in a strange elven city with a very important meeting the next day… do NOT drink a goblet of unfamiliar local brew, no matter how much the person pouring it for you insist it will help you calm down.

The next morn when the appointed time arrived I was still snoring deeply into my silky elvish sheets. But, I suppose, Elrond and Galadriel were on a schedule of some sort because I was awaken by a mighty knock (could have been on the door, could have been directly to my skull — I was too groggy and hung over to tell) and suddenly the two stately elves were in my room staring down at me.

“Kringlelander the Red” boomed Elrond, “6th Wizard of Valor, Santaron, Wanderer of Nesterland, Defender of the Meek and Powerless, Nickdalf, Dancer of the Winter Night, Harbinger of Deep Snow…” he shifted his stance, the better to look down at me in my cot, “welcome to Rivendell.”

I wiped at my sleepy, blurry eyes and sat up. “Aye. Er, Um, Thank you for the kind greeting.” I tried to remember the requisite protocol. I probably should have bowed, but with the hangover banging around in my noggin I though that unwise.

“You… are… late.” Galadriel told me in an annoyingly mystical voice.

Yeah, even with all the lovely diffused, misty sun in Rivendell I could tell that I was late for our little tête-à-tête. “Um yeah, I’m sorry I missed our meeting.”

“The hour is late Nickdalf,” Elrond continued her thread. “There is not much time left for magic in the realm. You come upon us at the parting hour.” Never one to utter a simple sentence, the Elf Lord then gave a long and flowery description about how the Elves were preparing to make their way to the Gray Havens and from there to Undying Lands.

As I picked the thread of reality from Elrond’s web of elegant, if gummy, prose I realized that I was late indeed. According to him there was but one ship left and that the Elves in the city were the rear guard, the last to go into the sunset.

“Good thing I got here when I did, I suppose.” I said with relief.

A look passed between the stately Elves. They explained in long, patient detail how some halflings would be traveling with them as reward for their service in destroying the Ring of Power. “The… halfling… has… more… than… earned… his… passage…” intoned Galadriel.

She smiled her glassy smile at me and my stomach pitched.

I understood that this Frodo Baggins had done Middle Earth a great boon. I understood  too about the ship and its limited number of sleeping births. What I couldn’t quite wrap my head around was why MY passage had become HIS passage. Or why if they were such little folk we couldn’t squeeze them in somewhere with out knocking me off the passenger manifest.

Elrond looked like he’d just swallowed a bowl of sour Dragon Egg drop soup and shook his head. “We can  not ask the Ring Bearer to share a bunk.”

Those two!  They always got their way in the end. I straightened in my bunk and flicked off a piece of detritus from the white fur that lined my right cuff. “Of course we can’t.”

The elves nodded to one another with superiority. They had accomplished their objective. I’d hoped that would be the end of our interview, but they had other items on their wish list.

I sighed. I thought we just went over that. But then it dawned on me. I wasn’t going on the nice pretty boat, but I couldn’t stay here either.

Galadriel did one of her dime store magic tricks. She pulled a simple glass globe from her robe and held it in her left hand. She passed her right hand over it and the globe was suddenly filled with whirling snow. As the snow storm subdued a lovely low castle appeared in the center. Despite myself I felt a pull to the ball, and to the place captured inside it.

“Where is this place?”

“Beyond the Misty Vale, far, far, past the Winter’s snow…” After five minutes of hyperbole Elrond finally took a breath.

“North.” I said, too fascinated by the scene in the globe to be properly annoyed, “got it.”
I watched as a small flock of deer came out the gate and galloped around the compound. “Err… What’s that?”

“Those… are… the… Paracaributias.” The she elf said with her know-it-all smirk.

Elrond explained that before Sauron created the horrible and horrifying winged Nazgul he made these creatures. They were Nazgul beta as it were.

The tiny deer in the globe bounded off the snowy surface and began a slow arch over the compound. “As you can see, the Paracaributias can fly but they have the sinister appearance and violent temperament Sauron  valued, so he developed a second uglier, nastier, deadlier version to do his bidding.” As he spoke a ninth member of the Paracaributias pack came out the gate and joined his mates in flight. He looked like the others, except that his nose seemed to glow bright red. Nine Paracaributii, nine Nazgul. “Fortunately we were able to rescue these creatures before Sauron could destroy them.”

As enchanting as the flying deer were I pulled my gaze from the ball. “So I’m to spend the rest of eternity alone cleaning up flying deer poo at some froze waste land, is that it?” I asked.

The elves raised their collective eyebrows at my impertinence. Clearly that was not “it”. Galadriel gave a shake of her elegant hand and the ball filled with snow again….

Freelance writer, graphic designer, musician, foodie and Jane Austen enthusiast in Northern Baltimore County, Maryland. As a writer I enjoy both fiction and non fiction (food, travel and local interest stories.) As an advocate for the ARTS, one of my biggest passions is helping young people find a voice in all the performing arts. To that end it has been my honor to give one-on-one lessons to elementary, middle and high school students in graphic design and music. And as JANE-O I currently serve as the regional coordinator for JASNA Maryland and am working on a Regency/Federal cooking project. END_OF_DOCUMENT_TOKEN_TO_BE_REPLACED
This entry was posted on Friday, January 3rd, 2014 at 2:19 pm and posted in 12 Days of Christmas STORIES, JRR Tolkien, postaday, Thought of the Day, Writing. You can follow any responses to this entry through the RSS 2.0 feed.
« 12 Days of Christmas STORIES; “Q” by Kate Shrewsday
12 Days of Christmas STORIES, Kringlelander (Conclusion) »