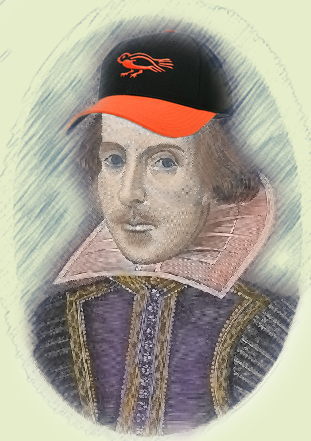 The Baltimore Shakespeare Factory is offering three, one week long workshops that will allow kids to experience what it might be like to travel back in time to the 1600s and be a part of the fun and excitement of Shakespeare’s acting company–The King’s Men. The BSF’s  “Summer with Shakespeare:Performance Workshops” will help students develop acting skills, make friends, build confidence, and develop an appreciation and understanding of Shakespeare’s work.

“Shakespeare is a wonderful platform to get the kids active and engaged in group activity that stretches their imaginations as well as their ability to interpret complex language.  And it is a ton of fun!” says Wendy Meetze, Director of Education for the BSF.

This is the second year for the camp in Baltimore City (the camp is held in the Meadow at Evergreen House on Charles). The group, which began in Carroll County, hosted a similar camp starting in 2006 and have taught over 500 students. That Carroll County camp is still going strong on the campus of Century High School.

Students come in all shapes, sizes and from various backgrounds and skill levels. “Kids who are interested in theatre are especially attracted to the workshops” says Meetze, but “we truly believe there is no “typical” Shakespearean student or audience member. Shakespeare wrote for EVERYONE in his time, from peasants to princes.”

The camp will offer a small group setting with lots of one on one coaching. As a non-musical theatre performance camp the focus is squarely on the script, something that sets this camp apart from other performing arts camps in the area. “While the outcome is a production, the curriculum is a healthy mix of various skills needed to make that production a reality,” said Meetze. The campers perform their production prior to the professional company’s Friday performance. “We find the kids learn so much more by comparing and contrasting their version to a full production. There have certainly been occasions where our professional actors have discovered something new during the student’s performance!”

For more information on the camp, including a link to register  CLICK HERE.

The Baltimore Shakespeare Factory  is dedicated to bringing the works of William Shakespeare to life for audiences of all ages and backgrounds. In Shakespeare’s time (1564-1616), the theater was accessible to everyone, and The Factory prides itself on continuing that tradition by presenting professional quality work at affordable prices.

This year, the group, which is a 501(c)3 non-profit organization, will present Hamlet and Mid Summer Night’s Dream this summer in the Meadow at Evergreen House on Charles Street and at other locals around town.  Click HERE for Hamlet’s schedule. Click HERE for Mid Summer’s Schedule.

This year the BSF launched it’s “4 free, 4 ever!” campaign which hopes to raise $750,000 by April , 2016–the 400th anniversary of Shakespeare’s Death> This will allow the group to present its shows at no cost to the public the following season.

Freelance writer, graphic designer, musician, foodie and Jane Austen enthusiast in Northern Baltimore County, Maryland. As a writer I enjoy both fiction and non fiction (food, travel and local interest stories.) As an advocate for the ARTS, one of my biggest passions is helping young people find a voice in all the performing arts. To that end it has been my honor to give one-on-one lessons to elementary, middle and high school students in graphic design and music. And as JANE-O I currently serve as the regional coordinator for JASNA Maryland and am working on a Regency/Federal cooking project. END_OF_DOCUMENT_TOKEN_TO_BE_REPLACED
This entry was posted on Monday, May 20th, 2013 at 11:27 pm and tagged with Baltimore, Baltimore Shakespeare Factory, Hamlet, Shakespeare, William Shakespeare and posted in Baltimore, Baltimore Shakespeare Factory, Shakespeare, Theatre, Thought of the Day. You can follow any responses to this entry through the RSS 2.0 feed.
« Muffin Monday: Rhubarb Delight Muffins
Albrecht Dürer 5.21.13 Thought of the Day »