“It’s very difficult to judge yourself. Extreme self-doubt is only attractive when it’s fictionalized. Which is why people love the movies. They are so reassuring.”– Claire Danes 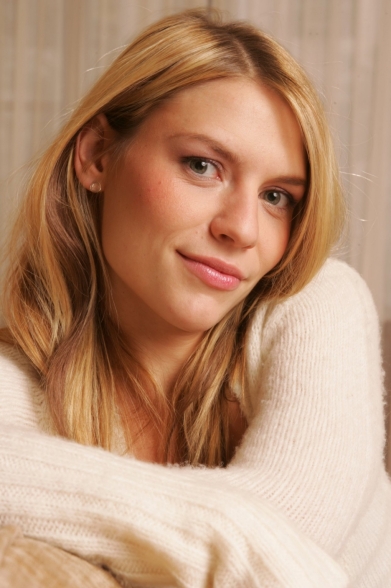 She was born to “Chris, an architectural photographer turned computer consultant, and Carla, a textile designer.” [People.com] She has an older brother named Asa. The family lived in the Soho area of New York when she was growing up. When Danes was 5 she saw Madonna on TV and she knew she wanted to be a performer. By 6 she was taking modern dance classes. Her focus soon changed to acting and she attended a number of top ranked schools that feed both her academic and dramatic needs…Dalton School, New York, the Lee Strasberg Theater Institute, The New York City Lab School for Collaborative Studies, The Professional Performing Arts School and Lycée Français de Los Angeles.

Her film debut came at 13  in a short film called Dreams of Love.

She had a half dozen shorts and TV guest roles before landing her big break in the TV series My So Called Life.

Angela Chase, an inquisitive everygirl dealing with the common struggles of high school and adolescence. The Washington Post’s Tom Shales describes Danes as “deep and mercurial and strikingly complex.” [Ibid]

The same year she played Beth in  Little Women with Christian Bale and Winona Ryder.

She made 12 movies in the next five years, Including:

Then she took a break from Hollywood to attend Yale University. She took her time returning to the big screen, opting for smaller roles in films like The Hours and Terminator 3.

She shared leading “lady” status with co-star Billy Crudup in Stage Beauty, a film about where “A female theatre dresser creates a stir and sparks a revolution in seventeenth century London theatre by playing Desdemona in Othello.” [IMDb –Stage Beauty] It was a challenging role.  Danes says: “I was intimidated. There was the accent, the period of the film, and I had to act badly. I kept laughing during those scenes because I was god-awful. I’ve worked so hard to be good, and now I had to work even harder to be bad.”

She followed Stage Beauty with a couple of RomComs (Shop Girl and The Family Stone), an ensemble drama (Evening— where she met her husband Hugh Dancy)  and the fantasy Stardust (an adaptation of the Neil Gaiman novel).

Danes as a fallen star in Stardust [Image courtesy: About.com]

The same year (2007) she made her Broadway debut  at the Roundabout Theatre Company’s production of George Bernard Shaw’s Pygmalion.

In 2010 she did a Emmy winning turn in Temple Grandin. The HBO movie is about “an autistic woman who has become one of the top scientists in the humane livestock handling industry.” [IMDb — Temple Grandin]  Danes won an Emmy for her role in the film. She won another Emmy (and two People’s Choice Awards) for her role in Homeland on Showtime. The show, which co-stars Damian Lewis is in production for its third season.

Freelance writer, graphic designer, musician, foodie and Jane Austen enthusiast in Northern Baltimore County, Maryland. As a writer I enjoy both fiction and non fiction (food, travel and local interest stories.) As an advocate for the ARTS, one of my biggest passions is helping young people find a voice in all the performing arts. To that end it has been my honor to give one-on-one lessons to elementary, middle and high school students in graphic design and music. And as JANE-O I currently serve as the regional coordinator for JASNA Maryland and am working on a Regency/Federal cooking project. END_OF_DOCUMENT_TOKEN_TO_BE_REPLACED
This entry was posted on Friday, April 12th, 2013 at 10:09 pm and tagged with Claire Dane, George Bernard Shaw, Leonardo DiCaprio, William Shakespeare and posted in Baz Luhrmann, Claire Danes, Comedy, Drama, Entertainment, Film, Les Misérables, Neil Gaiman, postaday, Shakespeare, Thought of the Day, Today's Birthday. You can follow any responses to this entry through the RSS 2.0 feed.
« Gustav Vigeland 4.11.13 Thought of the Day
Secondary Character Saturday: Aliena of Kingsbridge »