“I was always in trouble from an early age. I had a fraught relationship with my parents, who were very traditional. Doing plays at school was a joyous release.”–Naveen Andrews

Naveen William Sidney Andrews was born on this day in London, England in 1969. He is 43 years old.

Andrews was raised in the Wandsworth neighborhood of South London in a conservative parents, both of whom are first generation immigrants from Kerala, India. He attended London’s Guildhall School of Music and Drama.

He broke into film with the role of Bike in London Kills Me (1991).

In 1996 he played Kip, a British sapper, in The English Patient.  Kip’s relationship with Hana is a gentle, romantic shadow of the sensual, adulterous relationship between Almasy and Katharine Clifton. Here he is defusing a bomb…

He was clearly having a good time with his role of Bairaj (Bingley) in Bollywood’s Bride and Prejudice. Bonus: we get to see him dance and sing.

He played a considerably darker character on Lost for 116 episodes. Sayid Jarrah is a former member of Iraqi’s Special Republican Guard. His character is equally well versed in mechanical and radio engineering and in torture.  On an Island where nothing is as simple as it appears, and all the heroes come with a big helping of “anti-” … Sayid isn’t a bad person to have on your team. 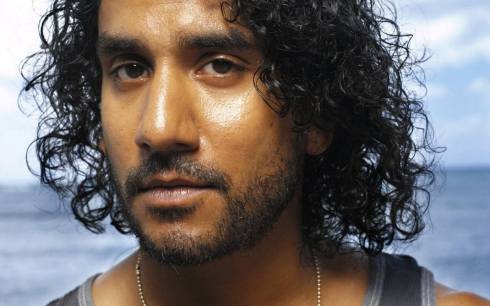 Freelance writer, graphic designer, musician, foodie and Jane Austen enthusiast in Northern Baltimore County, Maryland. As a writer I enjoy both fiction and non fiction (food, travel and local interest stories.) As an advocate for the ARTS, one of my biggest passions is helping young people find a voice in all the performing arts. To that end it has been my honor to give one-on-one lessons to elementary, middle and high school students in graphic design and music. And as JANE-O I currently serve as the regional coordinator for JASNA Maryland and am working on a Regency/Federal cooking project. END_OF_DOCUMENT_TOKEN_TO_BE_REPLACED
This entry was posted on Thursday, January 17th, 2013 at 10:21 pm and tagged with Naveen Andrews and posted in Film, Naveen Andrews, postaday, Thought of the Day, Today's Birthday. You can follow any responses to this entry through the RSS 2.0 feed.
« Richard Thompson 1.16.13 Though of the Day
A.A. Milne 1.18.13 Thought of the Day »