“One thing I am determined on is that by the time I die my brain shall weigh as much as a man’s if study and learning can make it so.”
—Martha Carey Thomas

Martha Carey Thomas was born on this day in Baltimore, Maryland, USA  in 1857. Today is the 155th anniversary of her birth. 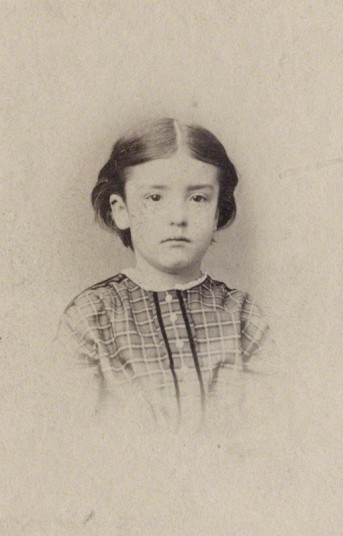 She was the eldest of ten children in a prominent Quaker family. She got her feminist streak from her mother and maternal aunt, Hannah Whitall Smith. She studied at the Society of Friends school in Baltimore, then at Howland Institute, a Quaker boarding school near Ithaca, New York. When her education at this  “dame’s school” ended in the 1860’s she yearned for the chance for further education open to her brothers.

So, in 1872, Thomas persuaded her father to allow her to attend a newly opened school for girls in New York.  While studying there her father asked her to investigate Cornell University for him.  He later decided that it had been a mistake, because as soon as she saw it, she was determined to attend. [Maryland Women’s Hall of Fame]

While studying in Europe she heard about a “proposed women’s college at Bryn Mawr, Pennsylvania, and applied for presidency.“ [Ibid] Although she didn’t get the presidency of the college — that went to a man — in 1884 she became the Dean of Bryn Mawr and the chair of the English department.  She was instrumental in forming the college’s curriculum.

She desired to build it into an institution that would encourage women to follow careers without having to face the difficulties with which she had struggled. Convinced that women deserved exactly the same education as men and needed even higher standards than men to succeed, she molded a curriculum that offered more advanced work than that given in many men’s colleges and upheld the highest academic standards. [Bookrags.com]

She also continued to work in Baltimore to  help form a “school where girls could obtain an education which would prepare them to attend a good college.” [Maryland Women’s Hall of Fame] In 1885 that school, The Bryn Mawr School for Girls in Baltimore, opened its doors.

She was also instrumental getting Johns Hopkins Medical School to change their admission policy on Women.

With the help of four of her friends, a total of $500,000 was raised to aid the Medical School in its financial struggle.  The funds raised were used as a leverage to get the University to accept women.  Thus, thanks largely to the efforts of these five women, women were to be admitted on precisely the same basis as men. [Ibid]

She was active in the suffragette movement and in 1908 became the first president of the National College Women’s Equal Suffrage League. She became the first woman trustee at Cornell.  And she helped organized the Bryn Mawr Summer School for Women Workers.

Freelance writer, graphic designer, musician, foodie and Jane Austen enthusiast in Northern Baltimore County, Maryland. As a writer I enjoy both fiction and non fiction (food, travel and local interest stories.) As an advocate for the ARTS, one of my biggest passions is helping young people find a voice in all the performing arts. To that end it has been my honor to give one-on-one lessons to elementary, middle and high school students in graphic design and music. And as JANE-O I currently serve as the regional coordinator for JASNA Maryland and am working on a Regency/Federal cooking project. END_OF_DOCUMENT_TOKEN_TO_BE_REPLACED
This entry was posted on Wednesday, January 2nd, 2013 at 10:08 pm and tagged with Baltimore, M. Carey Thomas and posted in American History, Baltimore, Martha Carey Thomas, postaday, suffragette, Thought of the Day, Today's Birthday. You can follow any responses to this entry through the RSS 2.0 feed.
« James McAvoy 1-1-13 Thought of the Day
J.R.R. Tolkien 1.3.13 Thought of the Day »