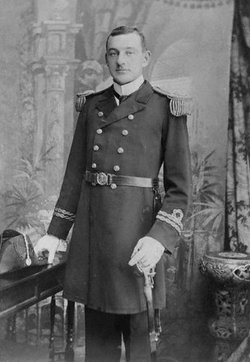 Henry Tingle Wilde was born on this day in Walton, Liverpool, England in 1872. Today is the 140th anniversary of his birth.

Wilde was drawn to the sea at an early age. At 17 he left his home for an apprenticeship on the iron sailing ship the Greystoke Castle — a three mast, square sail vessel– as a third mate. He served on the Greystoke’s sister ship the Hornby Castle, also as third mate. He was posted to the steamships the S.S. Brunswick and the S.S. Europa before joining the White Star Line in 1897. He was a Lieutenant in the Royal Naval Reserve, and held ordinary and extra masters certificates. 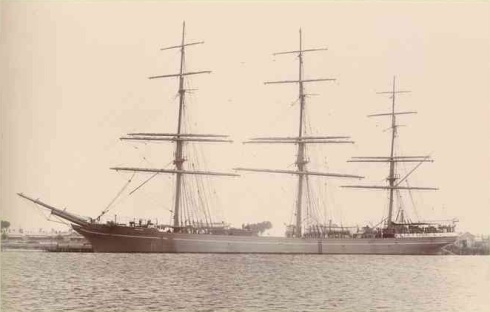 The Hornby Castle, a sailing ship that Wilde trained on. He worked on both sail and steam vessels.  [Image Courtesy Wreck Site]

Starting in 1905 he transferred to the White Star passenger line, working mostly on the Liverpool to New York, and Australian routes. He rose in the ranks aboard The Arabic, The Covic, The Cufic, The Tauric, the Celtic, the Medic, The Delphic, the Cymric and The Olympic until he reached the rank of Chief Officer under Captain Edward John Smith on The Olympic. 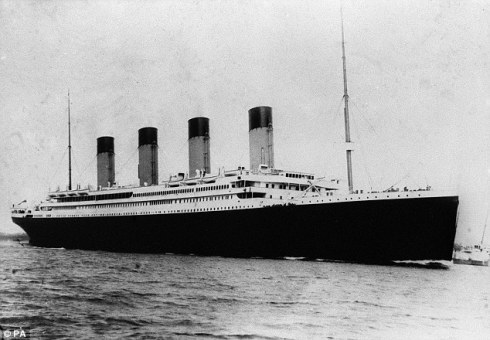 Smith transferred to the White Star’s newest vessel, The Titanic as her Captain. Wilde was due to ship out with The Olympicbut White Star officials sent word for him to stay in Southampton and await further orders. At 39 and with years of experience he was certainly seasoned enough to get his own ship. But Captain Smith wanted to add experience to his senior staff and he requested that Wilde join the crew as Chief Officer. Wilde debated the move. His family urged him to take the position, but, as he wrote in a letter to his sister…

“I still don’t like this ship…I have a queer feeling about it…” [Henry Tingle Wilde, Chief Officer by Christine Ehren, Titanic-lore.info]

He officially joined The Titanic crew on April 9th, the day before she sailed. The post was for the great ship’s maiden voyage only. And it meant that the other senior officers would be shifted down in rank. William Murdoch became first officer, Charles Lightoller became second officer. The man originally slated to be second officer, David Blair, did not make the journey. The junior officers retained their positions. 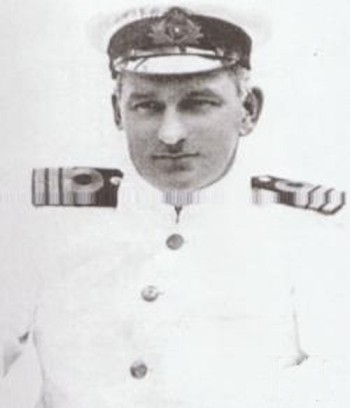 Henry Tingle Wilde in his summer white uniform, that he wore on the Olympia. [Image courtesy: Encyclopedia Titanica] 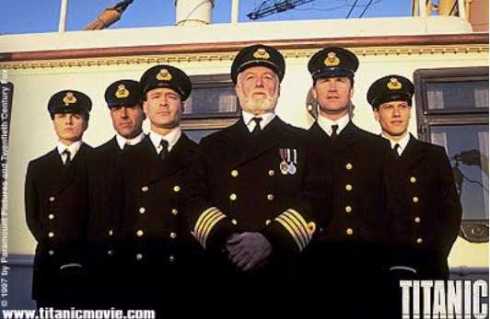 The Titanicleft Southampton, England on April 10th, 1912 with stops at Cherbourg, France and Queenstown, Ireland before heading west across the Atlantic toward New York. Wilde had the 2-6 AM and the 2-6 PM shifts as “Officer of the Watch.” So he was not on the bridge when the ship hit an iceberg at 11:40 PM on April 14th.

Wilde was in charge of the loading the even-numbered lifeboats on the port side of the ship. (He also distributed firearms to the senior officers.) He adhered strictly to Captain Smith’s order to “put women and children in and lower away…” so the boats from that side of the ship only contained women, children and two crew members (to work the boats). When all the boats on his side of the ship were launched he went to starboard side of the ship. Some survivors recall seeing him attempting to release Boat A or B from the roof the Officers’ Quarters when the Titanic’s deck flooded. 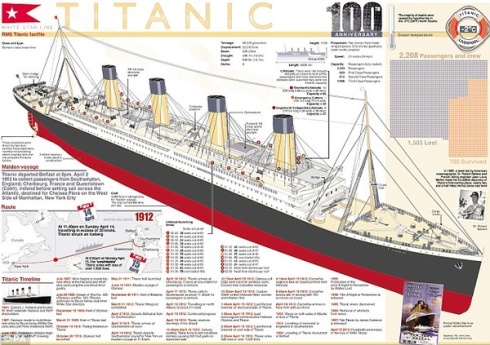 Survivor George Rheims wrote in a letter dated just days after the sinking:

“While the last boat was leaving, I saw an officer with a revolver fire a shot and kill a man who was trying to climb into it. As there remained nothing else for him to, the officer told us, “Gentlemen, each man for himself. Good bye.” He gave a military salute and then fired a bullet into his head. That’s what I call a man!” [Henry Tingle Wilde, Chief Officer by Christine Ehren, Titanic-lore.info]

But it isn’t known if that officer was Wilde or First Officer Murdoch. It doesn’t matter. If he didn’t die of a self-inflicted gunshot wound he died a few minutes later in the freezing waters of the North Atlantic. His body was never found. He was 39 years old.

In 1998 the newspaper Liverpool Echo wrote about Wilde’s role on the Titanic as follows:

Liverpool’s forgotten hero, Chief Officer Henry Wilde… from Walton, flits through the enquiry evidence but witnesses have described how Wilde supervised the loading of the lifeboats and stopped 100 people rushing them by the sheer force of his personality….He is believed to have prevented a panic which would have led to even greater losses. [Henry Tingle Wilde, Chief Officer by Christine Ehren, Titanic-lore.info]

He was survived by four children (he had recently lost his wife and twin boys.)

Thanks to J.G.Burnette at jgburdette.wordpress.com for suggesting Henry Wilde as the Thought of the Day Birthday Bio for today. J.G. is a big Titanic fan and was able to give me both the name and birthdate so I could start my research.–I hope I found some new nugget for your Titanic files! — IF YOU have some one you’d like to see profiled on Thought of the Day please let me know. Cheers, Rita

Freelance writer, graphic designer, musician, foodie and Jane Austen enthusiast in Northern Baltimore County, Maryland. As a writer I enjoy both fiction and non fiction (food, travel and local interest stories.) As an advocate for the ARTS, one of my biggest passions is helping young people find a voice in all the performing arts. To that end it has been my honor to give one-on-one lessons to elementary, middle and high school students in graphic design and music. And as JANE-O I currently serve as the regional coordinator for JASNA Maryland and am working on a Regency/Federal cooking project. END_OF_DOCUMENT_TOKEN_TO_BE_REPLACED
This entry was posted on Friday, September 21st, 2012 at 6:42 pm and tagged with Henry Tingle Wilde, Titanic and posted in England, Henry Tingle Wilde, History, Ocean, postaday, Sailling, Thought of the Day, Titanic, Today's Birthday. You can follow any responses to this entry through the RSS 2.0 feed.
« Thought of the Day 9.20.12 Elizabeth Kenny
Thought of the Day 9/22/12 Bilbo and Frodo Baggins »