Thought of the Day 9.18.20 Peace, Love, and Understanding 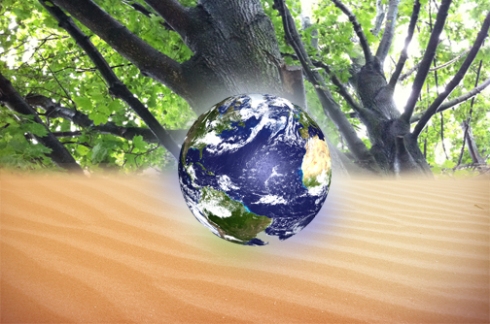 “My world, your world, one world” collage. [copyright: ritaLOVEStoWRITE]

“Love one another as I have loved you.”

Jesus of Nazareth was born in Bethlehem on December 25th in the year O*. We’ll celebrate his 2012th birthday soon.

[So, you may be wondering why am I bumping up Jesus in the usual chronological birthday list of Thought of the Day and featuring Him today?  I did it because I was looking for a good quote that reflected how I felt about current events, and this quote says it all. Let me explain…]

Because… no matter how often I am presented with it…I just don’t understand hate.

This week has been a good one for hate and the haters. The bullies and the manipulators have been out in force. Frankly, people, I just don’t get it and I’m telling you to stop.

Please stop making (or rather manipulating**) movies so they are purposefully incendiary to an entire religion. While you are at it, stop sanctioning that movie in some misguided blessing from my God (as one Florida preacher did). Don’t speak for  Jesus unless it is a direct quote. Jesus, as I recall, said “Love one another as I have loved you.”  ONE ANOTHER — meaning everybody, not just the people who look, think, love, vote, or pray the way you do.

I’m a writer. (The word “write” is in the NAME of my BLOG). Obviously I believe in FREE SPEECH, but I also believe that Freedom of Speech comes with responsibility. You can’t yell “fire” in a crowded theatre and then, after people stampede out, shrug and say “Free Speech.” You can’t liable someone and evoke the right. And you shouldn’t knowingly spew hatred. Is it your free speech right to make any movie you want? Yes, but it is wrong, and you know it.

Hatred hurts. In this case it killed.

That movie in no way represents America.

But, it is also wrong that this stupid little movie is being used to insight violence through out the Middle East and in other Muslim countries. What happened in Libya was horribly wrong and senseless, and the only agenda it promoted is one of hate.

To my Muslim brothers and sisters I ask you to consider a more peaceful response.

I hope we can all dial back the rhetoric, the name calling, the stone throwing and resentment and redirect our efforts towards building peaceful relationships… large and small.

I know I’m not a genius,  but I do know that hate begets nothing but hate, whereas a hand held out in peace can build a better world.

Peace be with you, my friends.

Holding a virtual candle, and saying a prayer for peace, love and understanding.

(**The actors and crew for that movie didn’t know that their work would be over dubbed to become an anti-Muslim film btw. They thought it was just a low budget sci-fi movie about a astroid falling to the desert.)

Freelance writer, graphic designer, musician, foodie and Jane Austen enthusiast in Northern Baltimore County, Maryland. As a writer I enjoy both fiction and non fiction (food, travel and local interest stories.) As an advocate for the ARTS, one of my biggest passions is helping young people find a voice in all the performing arts. To that end it has been my honor to give one-on-one lessons to elementary, middle and high school students in graphic design and music. And as JANE-O I currently serve as the regional coordinator for JASNA Maryland and am working on a Regency/Federal cooking project. END_OF_DOCUMENT_TOKEN_TO_BE_REPLACED
This entry was posted on Tuesday, September 18th, 2012 at 10:38 pm and tagged with Hate, peace and posted in Faith, Peace, postaday, Thought of the Day, Writing. You can follow any responses to this entry through the RSS 2.0 feed.
« Thought of the Day 9.17.12 Baz Luhrmann
Thought of the Day 9.19.12 Jeremy Irons »