I used to be disgusted; now I try to be amused. 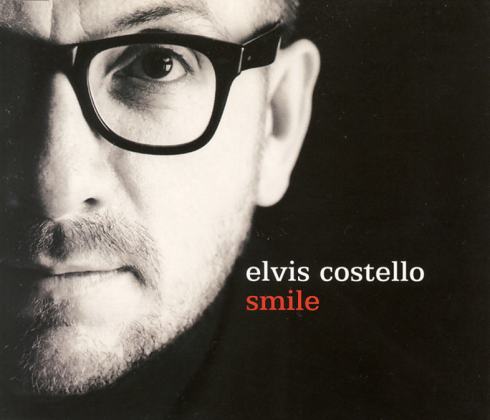 Declan Patrick MacManus was born on this day in Paddington, London, England in 1954. He is 58 years old.

Declan grew up around music. His father, Ross MacManus, was a singer for The Joe Loss Orchestra, a dance band with it’s own popular BBC Radio Show. Ross, who had to learn a new song every week for the show, brought home demo tapes to practice, and young Declan absorbed the tunes. His first recording was with his dad, the two sang for a commercial for R. White’s Lemonade.

When he was 17 he moved to Birkenhead (opposite Liverpool on the Mersey River) and started a folk duo with Allan Mayes. He formed the country rock band Flip City when he moved back to London in 1974. It was then that he took the stage name D.P. Costello. He supported himself as a computer operator and an office clerk while continuing to hone his skills as a singer, song writer and musician. 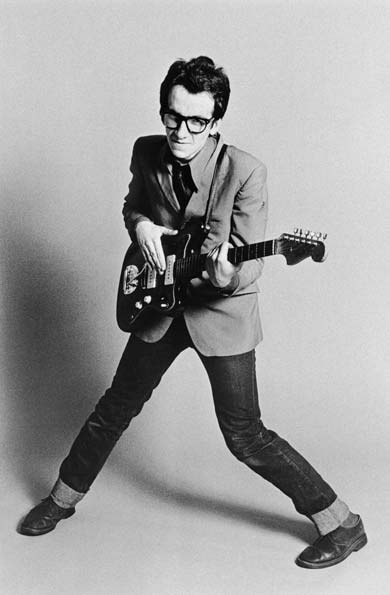 He signed with Stiff Records, and independent label out of London and changed his pseudonym to Elvis Costello.

When Elvis Costello‘s first record was released in 1977, his bristling cynicism and anger linked him with the punk and new wave explosion. …he tore through rock’s back pages taking whatever he wanted, as well as borrowing from country, Tin Pan Alley pop, reggae, and many other musical genres. Over his career, that musical eclecticism distinguished Costello‘s records as much as his fiercely literate lyrics. [Allmusic by Rovi]

The first lp, My Aim Is True had two singles, “Less Than Zero” and “Alison.” While neither initially charted “Alison” has become a classic and the album reached number 14 on the British charts.

His backing band, The Attractions, was firmly in place for his next lp, This Year’s Model. Bruce Thomas played bass, Steve Nieve played Keyboards, and Pete Thomas was the drummer, while Costello sang lead and played guitar for the group. The lp reached #4 in Brittain and #30 in the US. Armed Forces did even better with its catchy single “Oliver’s Army.”  That was followed by Get Happy!!  (1980) and Trust (1981).

He put on some country western boots and recorded with Billy Sherrill, a Nashville producer for his next lb, Almost Blue with the single “A Good Year for the Roses.” 1982 brought Imperial Bedroom, 1983 , Punch the Clock and “Every Day I Write the Book.” In 1984 he went on a solo tour with Goodbye Cruel World, and in 1985 he did King of America (sans the Attractions.) He briefly reunited with the Attractions with Nick Lowe as producer for Blood and Chocolate.

He teamed up with Paul McCartney in 1987  for Spike with the single “Veronica.” Mighty Like a Rose followed in 1989.

Costello switched gears again in 1993, this time  going classical. He wrote a song cycle called the Juliet Letters which he performed with the Brodsky Quartet.

Back with The Attractions and to rock and rol  he put out Brutal Youth in 1994. All This Useless Beauty is a cover album of sorts, he penned all the songs, but they were originally done by other artists.

He wrote theme songs for Austin Powers and Notting Hill (his achingly beautiful “She” is almost as lovely as Julia Roberts.)

In 2001 he worked with Steve Nieve and Pete Thomas  on When I Was Cruel, with the amazing single “Dust.”

Next up was his interpretation of the Great American Song Book with North “falling halfway between Gershwin and Sondheim.” [Allmusic by rovi], and the live jazz album Flame Burns Blue — with Costello in front of The Metropole Orkest, a 52-piece orchestra.

After Hurricane Katrina devastated New Orleans Costello joined forces with Allen Toussaint (they had worked together on Spike) for The River in Reverse. 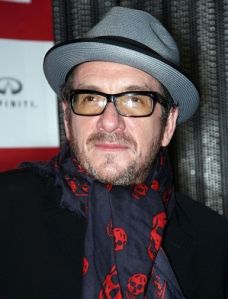 Whew! Another LONG bio. They always look so easy when I start. But I just bet I forgot your favorite album or single, didn’t I? Come on… let me have it… what’s your Elvis Costello favorite [leave me a comment.]

Freelance writer, graphic designer, musician, foodie and Jane Austen enthusiast in Northern Baltimore County, Maryland. As a writer I enjoy both fiction and non fiction (food, travel and local interest stories.) As an advocate for the ARTS, one of my biggest passions is helping young people find a voice in all the performing arts. To that end it has been my honor to give one-on-one lessons to elementary, middle and high school students in graphic design and music. And as JANE-O I currently serve as the regional coordinator for JASNA Maryland and am working on a Regency/Federal cooking project. END_OF_DOCUMENT_TOKEN_TO_BE_REPLACED
This entry was posted on Saturday, August 25th, 2012 at 3:14 am and tagged with Elvis Costello and posted in Elvis Costello, England, Jazz, Music, postaday, Thought of the Day, Today's Birthday. You can follow any responses to this entry through the RSS 2.0 feed.
« Thought of the Day 8.24.12 Stephen Fry
thought of the Day 8.26.12 Mother Theresa »