“Acting is like a Halloween mask that you put on.” 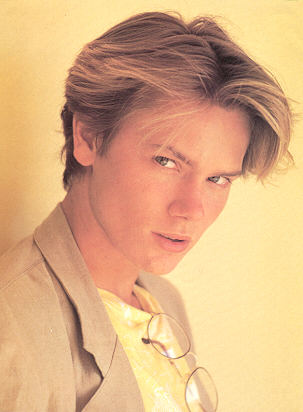 River’s parents, John and Arlyn met while hitchhiking in northern California. The family moved often as John and Arlyn were itinerant fruit pickers. When River was 3 they joined the Children of God religious cult and became missionaries. They moved through out the southern US, the Caribbean and South America, and siblings Rain, Joaquin, and Libertad were welcomed to the family.

The church sent them Caracas, Venezuela in 1976. Although John was the Church of God’s Archbishop to Venezuela and the Caribbean he did not get a salary and the family had to fend for themselves financially. Occasionally finances got so strained that young River and Rain performed music on street corners to raise money for food (River played guitar).  Eventually the Bottoms became disillusioned with Church of God leader, David Berg, and the direction the  religious group was taking. They left the group, living in a beach hut and at a church until they stowed away in a cargo ship bound for Florida.

Once they made it to Florida (they were discovered by the crew of the cargo ship, but they were treated well,) the family stayed with Arlyn’s parents in Winter Park. The last of the Bottom siblings, Summer was born in 1978 and the entire family changed their last name to Phoenix to symbolize the new beginning in their life.

River, Rain and Summer performed in talent shows in Florida, and got an invitation to come out to Hollywood and audition for Paramount studio. The family jumped at the chance, but when they arrived in California the audition fell through. Arlyn got a job in casting for NBC and arranged for a meeting between the kids and agent Iris Burton.

At 10 River started his acting career.  His first break came as the youngest brother, Guthrie, in the TV Series Seven Brides for Seven Brothers in 1982. And he made several made-for-television movies and had  guest spots on network shows.

River Phoenix and Wil Wheaton in Stand By Me (Photo credit: One From RM)

In 1984 he was cast in his first big screen picture Explorers along side another newcomer, Ethan Hawke.  He was in Rob Reiner’s  Stand By Me (1986) with Wil Wheaton, Richard Dreyfuss, Jerry O’Connel and Corey Feldman.   Next up was Peter Weir’s The Mosquito Coast with Harrison Ford. The two work together again in Indiana Jones and the Last Crusade with River taking on the role of young Indy.  Running on Empty (which had some simularities to Phoenix’s youth — consent moving, musical prodegy) was also a big hit. He received an Academy Award nomination for his work in Running. He worked with his friend Keanu Reeves in My Own Private Idaho by Gus Van Sant.

Phoenix was a vegetarian, and later vegan because he strong opposition to how the meat and dairy industries treated animals. He was a member of PeTA. He was also an ardent environmentalist and worked with Earth Save and Earth Trust and he personally purchased  several hundred acres of rain forest in South America to keep it from being cut down.

He continued to play guitar and sing even as his acting career rocketed skyward. He performed with his sister Rain’s band Aleka’s Attic and, occasionally, on screen.

Phoenix died of an overdose at the age of 23 in Los Angeles.

Freelance writer, graphic designer, musician, foodie and Jane Austen enthusiast in Northern Baltimore County, Maryland. As a writer I enjoy both fiction and non fiction (food, travel and local interest stories.) As an advocate for the ARTS, one of my biggest passions is helping young people find a voice in all the performing arts. To that end it has been my honor to give one-on-one lessons to elementary, middle and high school students in graphic design and music. And as JANE-O I currently serve as the regional coordinator for JASNA Maryland and am working on a Regency/Federal cooking project. END_OF_DOCUMENT_TOKEN_TO_BE_REPLACED
This entry was posted on Thursday, August 23rd, 2012 at 1:15 pm and tagged with River Phoenix and posted in Film, Music, postaday, River Phoenix, Thought of the Day, Today's Birthday. You can follow any responses to this entry through the RSS 2.0 feed.
« Thought of the Day 8.22.12 Dorothy Parker
Thought of the Day 8.24.12 Stephen Fry »