Romeo and Juliet and Benvolio and Mercutio

Apologies, gentle reader, for it taking so long to post a review of something I saw on Sunday! (I’ve been busy doing actual freelance graphic design and writing work, so I’m sure you’ll understand.)

If you haven’t already seen Romeo and Juliet at the Chesapeake Shakespeare Company this Summer you’d better hurry. This nice little production of  the classic Shakespeare tale is something you don’t want to miss. Remaining performances are on Friday, July 27th at 8:00 and Sunday, July 29 at 6:00 at the Patapsco Female Institute in Ellicott City Maryland. The CSC is running R&J in rep with Pride and Prejudice (another excellent production) which concludes its run tonight, Thursday and Saturday. Here’s my review of R&J: 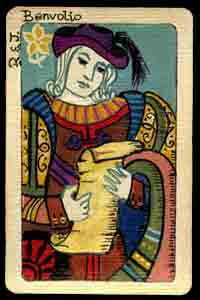 I particularly liked the first half.  They had a LOT of fun here and it was nice to see actors who were so hemmed in and corseted by their roles in Pride and Prejudice let loose on the stage and really enjoy themselves. Julian Elijah Martinez (Romeo / Wickham) and Rachael Jacobs (Juliet / Lydia) played much more likable characters here, and it was lovely to see the nuances in the shift of the lovers characters. Jacobs’ bubbly Juliet is all innocence while her Lydia was appropriately bratty. But the actors who played Benvolio / Darcy, Adam Sheaffer, and Mercurio / Lizzy, Blythe Coon, were even more fun to watch. He was SO RESERVED and stately in P&P and is so fun loving in R&J (and then so angst ridden when needed) he stole the show for me. (… Yeah, maybe because I am predisposed to like him because he was also Darcy, I admit it.) And she took all the energy and vitality she had as Elizabeth Bennett and just cut loose  with bawdy humor and physicality for Mercurio. They both were damn fine swordsmen too. I was really impressed.
The staging was really nice too, they did a lot out and about the audience, really addressing the crowd — sometimes eating the food from the picnic tables in the back, or performing small scenes in the pockets of the audience. There was this beautiful moment  when Jamie Jager, (Paris/ Bingley) goes semi “Off stage” as Paris to watch (in character) as Romeo enters the vault. As an audience member we have all been following Paris– he’s just given a heart breaking speech (love him too, btw) and we — especially those of us who can hear him breathing — can’t take our eyes off him. But Jamie — knowing that our attention needs to be with Romeo, who is entering stage left — put his fingers to his eyes and gestured for us to look across the stage. Everyone’s head turned to where it needed to be. It could have been 1595 and we could have been the groundlings. He had just gotten us to happily suspend our disbelief and manipulated us to continue with the story. I loved it.
So kudos to director Jenny Leopold for getting the most out of her fine actors and the minimal set.
The second half of the play (YES, I know there are really 5 acts) is much, much more serious. The body count went up, poison came out. And  they had to get down to business. You know how it ends. I knew how it ends. Actually KNOWING how it ends was kind of  a bummer. Like a lot of Shakespeare (and Austen) there’s a double edged sword in coming to a performance knowing the material ahead of time. You have the inside joke of knowing the inside jokes, but you don’t have the zing of surprise or the intake of breath when some one is unexpectedly run through with a rapier. I, personally, did not weep openly at the end of R& J, but I did hear sniffling around me.
Jaded? Perhaps. But mostly I was thinking that the second half didn’t have enough BENVOLIO!
Advertisement

Freelance writer, graphic designer, musician, foodie and Jane Austen enthusiast in Northern Baltimore County, Maryland. As a writer I enjoy both fiction and non fiction (food, travel and local interest stories.) As an advocate for the ARTS, one of my biggest passions is helping young people find a voice in all the performing arts. To that end it has been my honor to give one-on-one lessons to elementary, middle and high school students in graphic design and music. And as JANE-O I currently serve as the regional coordinator for JASNA Maryland and am working on a Regency/Federal cooking project. END_OF_DOCUMENT_TOKEN_TO_BE_REPLACED
This entry was posted on Wednesday, July 25th, 2012 at 11:30 am and tagged with Chesapeake Shakespeare Company, William Shakespeare and posted in Shakespeare, Theatre. You can follow any responses to this entry through the RSS 2.0 feed.
« Thought of the Day 7.24.12
Thought of the Day 7.25.12 »