I’m not against cats.

I have nothing against them….

Scratch that. I have nothing against the breathing, furry kind of cats that curl up in your lap and let you scratch them behind their ears…the kind who eat catnip.

I’m not so sure about the little metallic guy who just entered the world of board games.

He’s cute enough, I guess. But he doesn’t look like a very stable kind of creature.

Currently the least stable game piece on the Monopoly board is the Scotty Dog.

Fun loving, adorable, excitable…you can’t go two moves with out this little fella falling on his side to roll over and play dead.

But at least you can upend him and sit him on his hind legs for a little more stability. I don’t think that’s an option for Felix.

And when you think of what the Cat is replacing! Well, the instability issue seems even worse.

The IRON, the steady dependable iron, is now cast aside for ms. kitty. 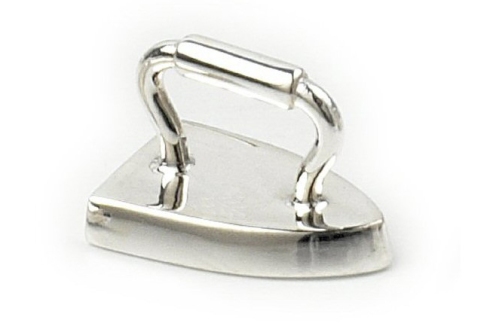 The humble Monopoly Iron was always the easiest game piece to manipulate. It never fell over. It came with its own handle for heaven’s sake.

Oh, it may not have been the cutest or most glamorous of game pieces, but it got the job done. It quietly went about the board biding its time, paying its rent, collecting its $200 for passing go.

I don’t know about this CAT. I suspect it will slink about from spot to spot at its leasure…looking for the sunniest  location in which to lounge away the afternoon. It’ll curl up into a nice fuzzy ball and …you know what? That kitty’s not movin’ til it hears the can opener in the kitchen.

Yeah… have fun playing with THAT.

Freelance writer, graphic designer, musician, foodie and Jane Austen enthusiast in Northern Baltimore County, Maryland. As a writer I enjoy both fiction and non fiction (food, travel and local interest stories.) As an advocate for the ARTS, one of my biggest passions is helping young people find a voice in all the performing arts. To that end it has been my honor to give one-on-one lessons to elementary, middle and high school students in graphic design and music. And as JANE-O I currently serve as the regional coordinator for JASNA Maryland and am working on a Regency/Federal cooking project. END_OF_DOCUMENT_TOKEN_TO_BE_REPLACED
This entry was posted on Thursday, February 7th, 2013 at 3:38 am and tagged with Cat, Game piece, Hasbro, Monopoly and posted in Monopoly, Thought of the Day. You can follow any responses to this entry through the RSS 2.0 feed.
« Babe Ruth 2.6.13 Thought of the Day
Charles Dickens 2.7.13 Thought of the Day »