Today we start a week’s worth of Pride and Prejudice character studies in anticipation of next Monday’s 200th anniversary of the Austen novel. 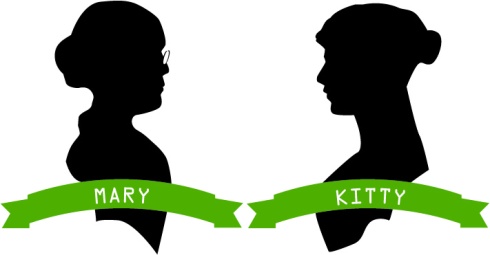 If you are reading this I doubt that I’m giving anything away by saying that at the end of Pride and Prejudice  three out of the five sisters are married. Two, Mary and Kitty, remain at unwed.

No surprise there. Mary and Kitty are practically throw away daughters in the Bennet household. When Austen introduces the family in Chapter One we find out that Lizzie, the clever one, is Mr. Bennet’s favorite, that Jane is the pretty one and that Lydia is the good-humoured one.

The remaining girls finally get a mention in Chapter Two. Poor Kitty has the misfortune of coughing when Mrs. Bennet is in need of something to be vexed at. A little later when  Mr. Bennet introduces Mary as “a young lady of deep reflection he is not giving her a compliment. He’s asked Mary a question and before she can frame a sensible answer — and God forbid she not give him a sensible answer — he cuts her off with “While Mary is adjusting her ideas… let us return to Mr. Bingley.” 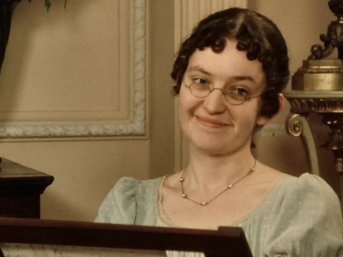 Mary is bookish and plain. ”I should infinitely prefer a book.”  She applies herself to the piano — she’s the only sister who practices — but doesn’t have much in the way of natural talent. She reads moral books and sermons but only seems to pull the harshest lessons from them. So when Lizzie mentions “Pride” Mary has this  little reflection on the subject…

“Pride… is a very common failing… human nature is very prone to it… Vanity and pride are different things, though the words are often used synonymously. A person may be proud with out being vain. Pride relates more tour opinion of ourselves, vanity to what we would have others think of us.” With pompous homilies like that Mary is hard to take.” [Pride and Prejudice]

Still, why does Austen paint Mary as such a looser? She fits the model of what a Regency young lady should be better than any of her sisters after all. … she’s highly moral, she’s willing to exhibit her talents, and she’s demure in social situations. The poor girl can’t help that she’s awkward and unattractive.

Maybe Austen needs a foil for her more likable, more interesting characters — and until Mr. Collins comes along that foil is Mary. But scratch deeper and perhaps Austen, the genius and keen social observer, is reflecting a little bit of the human dynamic. Doesn’t every large family have its small jealousies and regrets. Here is the middle daughter feeling overwhelmed by her older sisters’ beauty and wit, and over shadowed by her younger sisters’ vivacity and love of life. Mary isn’t the last middle sister to feel like she was drowning in a vortex of better, cuter, funnier siblings. No wonder she strikes a chord of sympathy and kinship with so many readers.

We know at the end of the novel that Mary stays at home, but she is “Obliged to mix more with the world”. Since she is “no longer mortified by comparisons between her sisters’ beauty and her own” her self worth improves and she becomes generally easier company.

Mrs. Bennet dotes on her youngest, Lydia. And Lydia, spoiled beyond redemption, has grown up wild and unrestrained. Kitty, no doubt, sees what her younger sister gets away with, and, in an attempt to earn some of her mother’s admiration and love joins in on the flightiness. Her father thinks even less of Kitty than he does of Mary. He is happy to lump her together with Lydia. [Indeed, the Lydia/Kitty “lump” is so strong that Kitty is usually the first Bennet sister cut from an adaptation as unnecessary.] 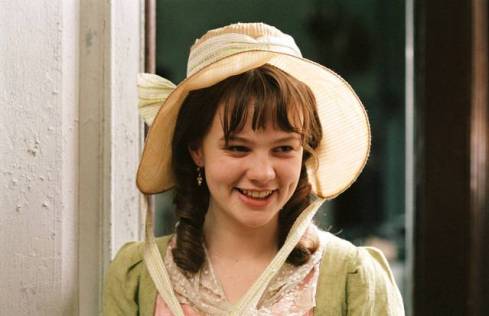 Carey Mulligan was Kitty in the Kiera Knightly version

Kitty feels keenly the injustice of Lydia’s being invited to Brighton as Mrs. Foster’s particular friend. Kitty is two years older and Lydia has, once again, jumped rank. What’s worse when Lydia runs off with Wickham it seems Kitty is the one who bears the brunt of the punishment. Lydia has escaped with her Redcoat. But Kitty has to put up with her father’s wrath…

“YOU go to Brighton. I would not trust you so near it as Eastbourne for fifty pounds! No, Kitty, I have at last learnt to be cautious, and you will feel the effects of it….” [Ibid]

At the end of the novel we learn that

“Kitty, to her very material advantage, spent the chief of her time with her two elder sisters. In society so superior to what she had generally known, her improvement was great.” [Ibid]

With out Lydia (or Mrs. Bennet) around to influence her she becomes “less irritable, less ignorant and less insipid.”

Austen’s nephew James Edward Austen-Leigh’s book A Memoir of Jane Austen (1870) gave further details on how the Author envisioned life for Mary and Kitty post novel. He wrote that “She would, if asked, tell us many little particulars about the subsequent career of some of her people.” Kitty was satisfactorily married to a clergyman near Pemberley. While Mary obtained nothing higher than one of her uncle Philip’s clerks.

Kitty is played by an actual kitty in the Lizzie Bennet Diaries. She has her own Twitter account.

Freelance writer, graphic designer, musician, foodie and Jane Austen enthusiast in Northern Baltimore County, Maryland. As a writer I enjoy both fiction and non fiction (food, travel and local interest stories.) As an advocate for the ARTS, one of my biggest passions is helping young people find a voice in all the performing arts. To that end it has been my honor to give one-on-one lessons to elementary, middle and high school students in graphic design and music. And as JANE-O I currently serve as the regional coordinator for JASNA Maryland and am working on a Regency/Federal cooking project. END_OF_DOCUMENT_TOKEN_TO_BE_REPLACED
This entry was posted on Tuesday, January 22nd, 2013 at 1:37 am and tagged with Jane Austen, Pride & Prejudice and posted in Thought of the Day. You can follow any responses to this entry through the RSS 2.0 feed.
« Let the Austen-ing begin…
Pride and Prejudice Characters Lady Catherine and Caroline part 2 »

3 responses to “Pride and Prejudice Characters : Mary and Kitty”