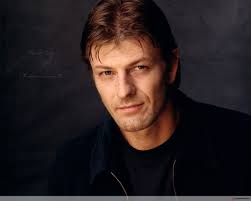 “Listen to people and treat people as you find them. There’s an inherent goodness in most people. Don’t pre-judge people – that was me Mam’s advice anyway.” — Sean Bean

Shaun Mark Bean was born in Handsworth, Sheffield, England in 1959. He is 55 years old.

His father owned a welding firm. After high school Bean learned the trade at  Rotherham College of Arts and Technology and worked at the firm while taking occasional courses at college. He came across and art course that ignited his interest.  Then he took a drama course and was hooked.

In 1981 He started at London’s Royal Academy of Dramatic Art on scholarship. He graduated from the seven-term course in 1983 and began to work in the theatre. By 1986 he was in the Royal Shakespeare Company and had appeared in his first film, Caravaggio. Over the next decade he built his CV with roles on stage, on film and on British TV. (It was about at this time that he changed his first name to the Irish spelling “Sean”.)

Then came Richard Sharpe, Bernard Cornwall’s rogue who brought Bean to world-wide attention. He played the character in 16 episodes as the riffle man crossed Europe and Asia in his iconic (and sometimes tattered) red coat and boots.

Bean is equally comfortable in the role of hero or villain and he usually plays something in between. Alas he often ends up dead at the end of a movie.  (Besides Sharpe I’m not sure that I can think of a Bean role that DIDN’T end in a death scene). There’s even a YouTube video devoted to Sean Bean’s Death  Scenes. He can also slip easily from classical or modern roles. Like wise fantasy or realistic. Give him an oversized shield or sword and he’s in a sci-fi epic, give him a flannel shirt and he disappears into the role of Kyle, a loving, supportive husband in North Country.  (Oh! he doesn’t die in North  Country! Yeah for him!)

Besides Sharpe,  you’ll know him as Boromir from Peter Jackson’s epic Lord of the Rings trilogy and more recently as Ned Stark in Game of Thrones.  (And of course you’ll remember that I featured him last year in my first month-long Secondary Character Saturday series for his roles as Boromir, Stark, Odysseus, &  Ian Howe.)

I think the Sean Bean role I’m most looking forward to is his take on Macbeth in the upcoming Enemy of Man (which is in post production.)

Freelance writer, graphic designer, musician, foodie and Jane Austen enthusiast in Northern Baltimore County, Maryland. As a writer I enjoy both fiction and non fiction (food, travel and local interest stories.) As an advocate for the ARTS, one of my biggest passions is helping young people find a voice in all the performing arts. To that end it has been my honor to give one-on-one lessons to elementary, middle and high school students in graphic design and music. And as JANE-O I currently serve as the regional coordinator for JASNA Maryland and am working on a Regency/Federal cooking project. END_OF_DOCUMENT_TOKEN_TO_BE_REPLACED
This entry was posted on Thursday, April 17th, 2014 at 3:11 pm and posted in Thought of the Day. You can follow any responses to this entry through the RSS 2.0 feed.
« Richard III is at it again!
Muffin “Monday” Chia Pomegranate Almond (Vegan) »