Today is the third installment in a week’s worth of Pride and Prejudice character studies leading up to next Monday’s 200th anniversary of the Austen novel. 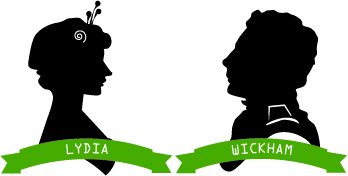 Was there ever a sillier, more insipid, selfish little sister than Lydia Bennet? One would need a thesaurus to accurately describe how crass she is… if Austen hadn’t painted such a wonderful picture for us.

On the kind side of the Lydia spectrum I could say she had an exuberant spirit. From there the rainbow of Lydia character trait runs from “Vain, ignorant, idle, and absolutely uncontrolled!” to selfish, reckless, and just a little bit mean. (Though she’s got nothing on Caroline Bingley in the Mean Girl department.)

Jena Malon took on the Lydia role for the 2005 movie

Although Jane and Lizzie attempt to “check the imprudence” of Kitty and Lydia their efforts have little effect. The girls are indulged by their mother but are …

“always affronted by their advice… Lydia, self-willed and careless, would scarcely give them a hearing….”

Lydia has no filter. She says what ever thought floats across her vapid mind, no matter how rude or inappropriate it might be.

“Lord” she tells Jane, “how ashamed I should be of not being married before three and twenty!” Likewise she does what ever she wants without regard for decorum or consequence. 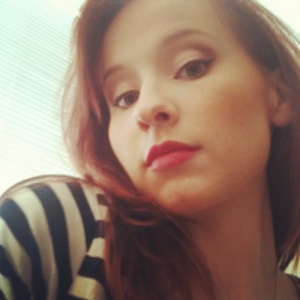 “the most determined flirt that ever made herself and her family ridiculous. A flirt, too, in the worst and meanest degree of flirtation; without any attraction beyond youth and a tolerable person; and from the ignorance and emptiness of her mind, wholly unable to ward off any portion of that universal contempt which her rage for admiration will excite.”

Lizzie warns their father not to allow Lydia to go to Brighton, but Mr. Bennet, knows that there will be no peace at home if he doesn’t concede. He justifies the decision by saying…

“Colonel Forester is a sensible man, and will keep her out of any real mischief; and she is luckily too poor to be an object of prey to any body. At Brighton she will be of less importance, even as a common flirt, than she has been here. The officers will find women better worth their notice. Let us hope, therefore, that her being there may teach her her own insignificance. At any rate, she cannot grow many degrees worse without authorizing us to lock her up for the rest of her life.”

Lydia, of course, does not disappoint. She manages to do the least appropriate thing possible… she runs off, unmarried with a man. That man is George Wickham and it takes some doing to get the couple to the altar. 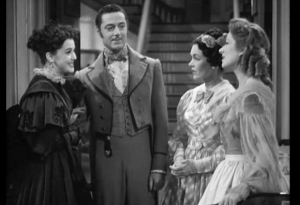 When they return to Longbourn …

“Lydia was Lydia still; untamed, unabashed, wild, noisy, and fearless. She turned from sister to sister, demanding their congratulations…”

She even insists that Jane take walk behind her as she is a married woman now, and therefore holds a higher rank. 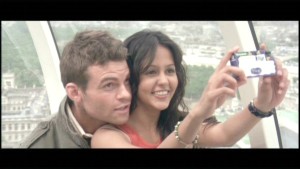 “I find Lydia to be tiresome” says Austen fan Mary Baldauf Wiedel, “and Wickham is a true cad.” She adds that the two are ”fairly unlikable characters, although no one deserves to be with Wickham.”

Sometimes when I’m rereading the novel* or am watching one of the adaptations I try to remember back to my original impressions of Wickham. Was I suspicious? Did I like his easy manner and winning smile as much as the ladies of Longbourn? Or did I know right away that he was trouble?

Adrian Lukis as Wickham in the 1995 series.

Not even Lizzie gets an accurate bead on Wickham’s character at first. She spends about a third of the book enjoying his company and listening to his poisonous tales about Darcy.

George Wickham is handsome. He has “a fine countenance, a good figure, and very pleasing address.” An officer in the militia, Wickham makes quite a dashing figure in his regimentals. But Lizzie observes that he has something more in his “person, countenance, air, and walk” than this companions. And he could make the “commonest, dullest, most threadbare topic” interesting.

He may not be rich, but, as he explains, that is not his fault. Its Darcy’s. Darcy has cruelly denied Wickham the church living promised to him. So now he must make his way as an “honest” soldier.

In reality he’s a gambler, a womanizer, a slacker and a liar. He uses his good looks and his social ease to manipulate people. He even manipulates Lizzie, who is usually a keen judge of character, into taking his side against Darcy. He leaves a trail of debt and broken hearts where ever he goes.

So why does Wickham elope with Lydia? For her part it is probably a romantic lark, an adventure. She seldom looks past the moment and he is fulfilling her immediate needs. But what does she have to offer him? Not money. Not status. Not love. My guess is that he initially does it as a lark too. Lydia is pretty and is certainly willing to run away with him. He can always leave her when he gets tired of the situation and travel to another country to find a rich wife. But, then he realizes that he can make a little money off this deal. When Darcy finds them he realizes he’s hit pay dirt. If Darcy cares enough to come looking for Lydia he’ll care enough to pay Wickham’s gambling debts and pay his overdue tavern bills and more.. All he has to do is marry one of the silliest girls in the country.

* for the record… I am not in a CONSTANT state of rereading one or the other of Ms. Austen’s novels. I just thought you should know.

The LY-Di-A Bennet  on Lizzie Bennet Diaries has her own VLOG. Here’s a taste:

Freelance writer, graphic designer, musician, foodie and Jane Austen enthusiast in Northern Baltimore County, Maryland. As a writer I enjoy both fiction and non fiction (food, travel and local interest stories.) As an advocate for the ARTS, one of my biggest passions is helping young people find a voice in all the performing arts. To that end it has been my honor to give one-on-one lessons to elementary, middle and high school students in graphic design and music. And as JANE-O I currently serve as the regional coordinator for JASNA Maryland and am working on a Regency/Federal cooking project. END_OF_DOCUMENT_TOKEN_TO_BE_REPLACED
This entry was posted on Thursday, January 24th, 2013 at 1:45 am and tagged with Austen, Darcy, Jane Austen, Lizzie, Lydia, Pride & Prejudice, Wickham and posted in 1812, England, Fiction, fictional character, George Wickham, Jane Austen, JASNA, Lydia Bennet, postaday, Pride and Prejudice, Thought of the Day, Writing. You can follow any responses to this entry through the RSS 2.0 feed.
« Pride and Prejudice Characters: Lady Catherine & Caroline part 1
Catching up on P&P Characters »

One response to “Pride and Prejudice Characters: Lydia and Wickham”